java script is required for this page
News and Events
Home    >   News and Events   >  An MoU between the Sushma Swaraj Institute of Foreign Service (SSIFS), MEA and the Diplomatic Academy of Viet Nam (DAV), MoFA

An MoU between the Sushma Swaraj Institute of Foreign Service (SSIFS), MEA and the Diplomatic Academy of Viet Nam (DAV), MoFA 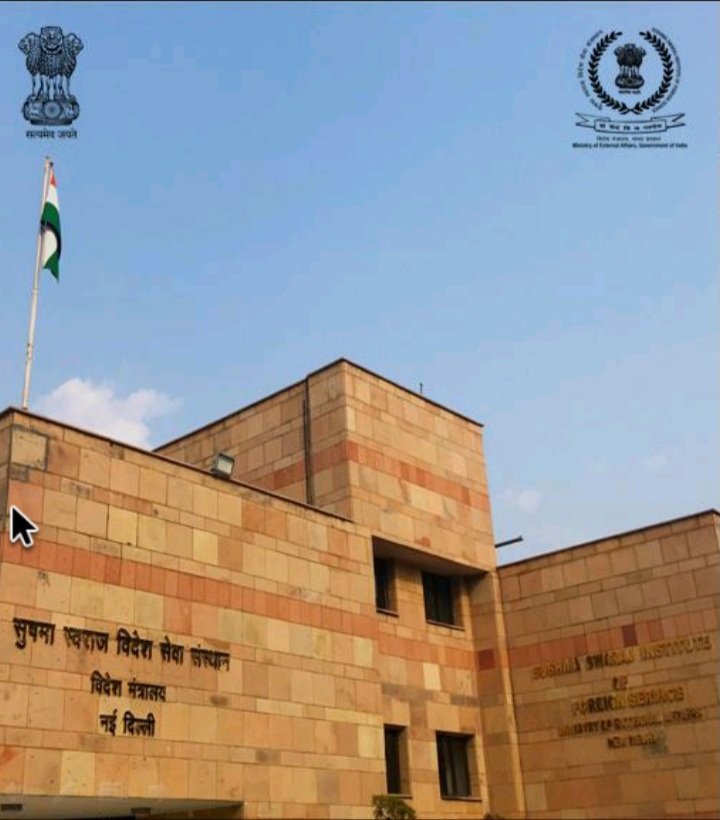 A Memorandum of Understanding (MoU) between the Sushma Swaraj Institute of Foreign Service (SSIFS), Ministry of External Affairs and the Diplomatic Academy of Viet Nam (DAV), Ministry of Foreign Affairs was signed by Amb J.S. Mukul, Dean, SSIFS and Dr. Pha Lan Dung, Vice President, DAV on 25 August 2020. The MoU was signed on the occasion of the virtual India-Viet Nam Joint Commission meeting at the Foreign Ministers’ level. With this, SSIFS has signed 88 MoUs with counterpart foreign institutions.

So far, 79 diplomats from Viet Nam have participated in courses for foreign diplomats conducted by SSIFS including the flagship Professional Course for Foreign Diplomats (PCFD), Special Courses for Diplomats from ASEAN, ASEM, country-specific special courses for Viet Nam and the thematic Disarmament & International Security Fellowship Programme. The MoU will further enhance cooperation between the two countries and Institutions in areas of mutual interest and training related matters.

India and Viet Nam, with historical roots in the common struggle for liberation from colonial rule and the national struggle for independence, share traditionally close and cordial bilateral relations. Mahatma Gandhi and Ho Chi Minh, regarded as the Father of Nation in India and Viet Nam respectively, led the people in their heroic struggle against colonialism in the two countries. India was the Chairman of the International Commission for Supervision and Control (ICSC) which was formed pursuant to the Geneva Accord of 1954 to facilitate the peace process in Viet Nam. Relations between the two countries were elevated to the level of ‘Strategic Partnership’ during the visit of Vietnamese Prime Minister, H.E. Mr. Nguyen Tan Dung to India in July 2007. In 2016, during Prime Minister Modi’s visit to Viet Nam, bilateral relations were further elevated to a ‘Comprehensive Strategic Partnership’.