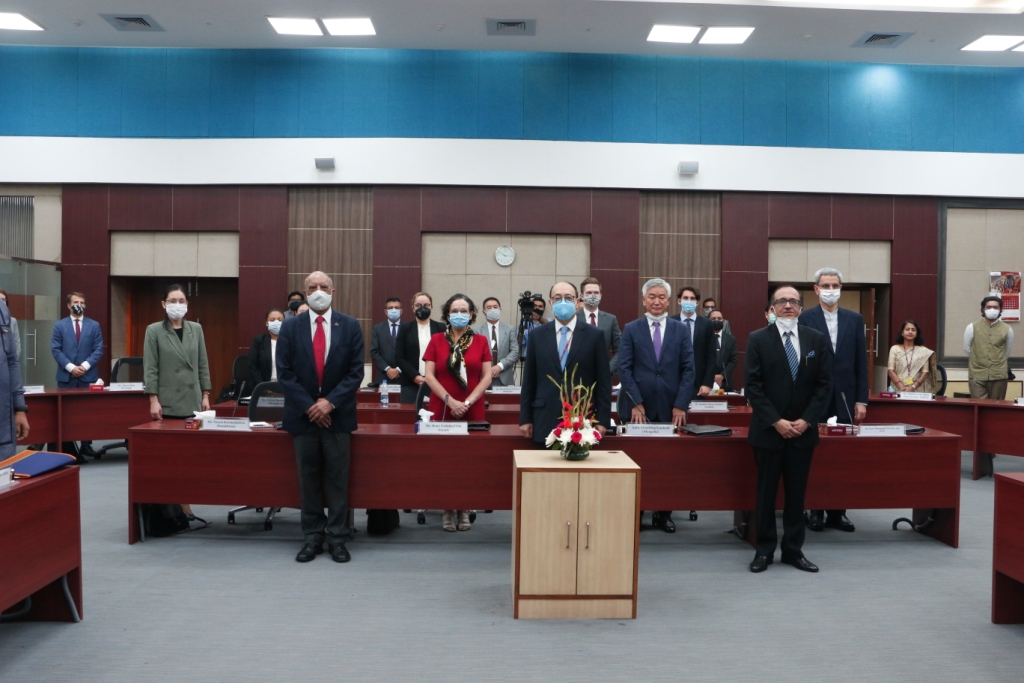 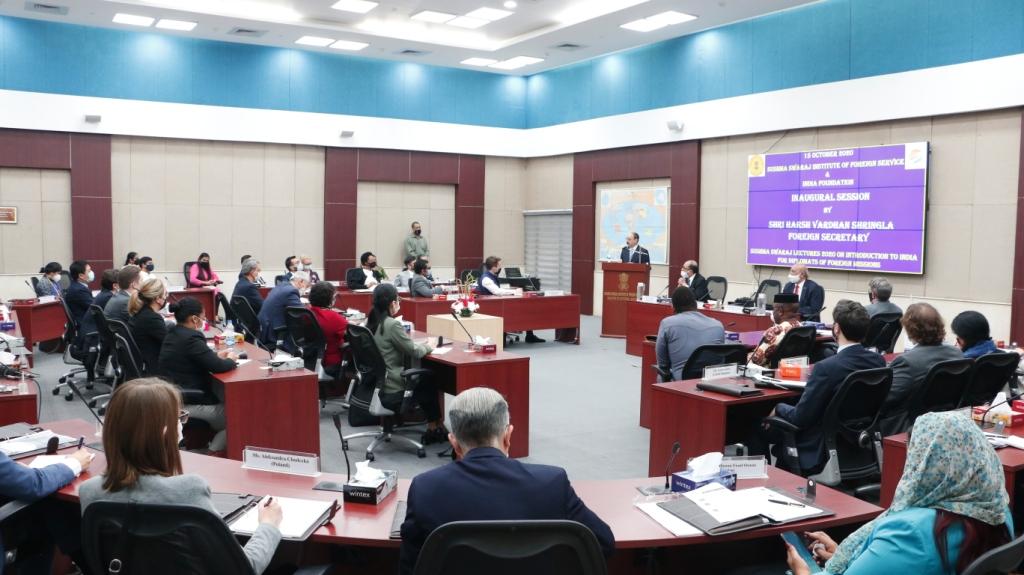 The Sushma Swaraj Institute of Foreign Service (SSIFS), Ministry of External Affairs and the India Foundation are organizing the ‘Sushma Swaraj Lectures 2020 on Introduction to India’ on 15-16 October 2020. This is the first edition of the Lectures designed to introduce India to foreign diplomats posted in New Delhi.

The Inaugural Address was delivered by Foreign Secretary Harsh Vardhan Shringla. In his address, he sketched the contours of contemporary India around the 4 Ds of Democracy, Development, Demography and Diversity. He highlighted the seminal contribution of former External Affairs Minister (EAM), late Smt. Sushma Swaraj (after whom the lecture series is named) for making  diplomacy responsive to the needs of Indian citizens, whether in India or abroad. The Indian ethos of ‘Dharma’ as defined by Emperor Ashoka - ‘do as little harm as possible, do as much good as possible, be compassionate, be charitable, be good and true’ permeates our approach in dealing with the current COVID-19 pandemic too, where India, as the pharmacy to the world, has delivered medicines and medical equipment to over 150 countries. India has also committed that our vaccine production and delivery capacity would be used for all humanity in fighting the Covid pandemic. In one of the largest repatriation operations ever, we were able to bring home 1.8 million Indians stuck in far-flung corners of the globe under the Vande Bharat Mission.

Forty-five foreign diplomats newly arrived to take up their assignments in Missions and International Organizations in New Delhi are attending the Sushma Swaraj lectures 2020.  The programme includes an introduction to Indian history, polity, culture, and economy. An eminent list of speakers including Members of Parliament, senior Government officers and intellectuals/academics will be addressing the participants. The lectures are aimed at sensitizing partner countries to the dynamic and complex Indian polity, economy etc.

During Foreign Secretary’s visit to SSIFS, Dean (SSIFS), Amb. Mukul briefed him about the activities of SSIFS and training related matters. SSIFS has trained over 3500 diplomats from 180 countries. SSIFS has signed 89 MoUs with counterpart institutions across the globe.