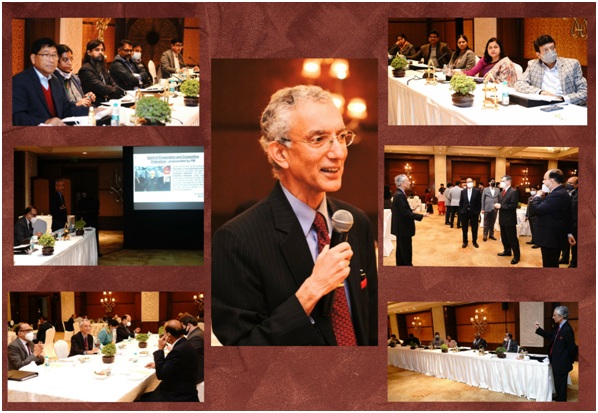 SHRI RAHUL CHHABRA Secretary (Economic Relations) MEA, addressed the first ever batch of 16 officers from 10 States, participating in a Special training program at the Sushma Swaraj Institute of Foreign Service. The week-long program was launched to equip the States/UT officers in international engagement. The address was followed by a working lunch with representatives of Indian Industry, business, media, Resident Commissioners of the participating states and Diplomatic Community. Secretary Chhabra explained the initiative of the States Division of MEA and its context.

This is part of a new initiative to promote Team spirit, making States an integral part of Team India in engaging the world. This is in line with the Hon’ble Prime Minister’s vision of promoting cooperative/competitive federalism. EAM Dr S. Jaishankar has earlier commended the new initiative.