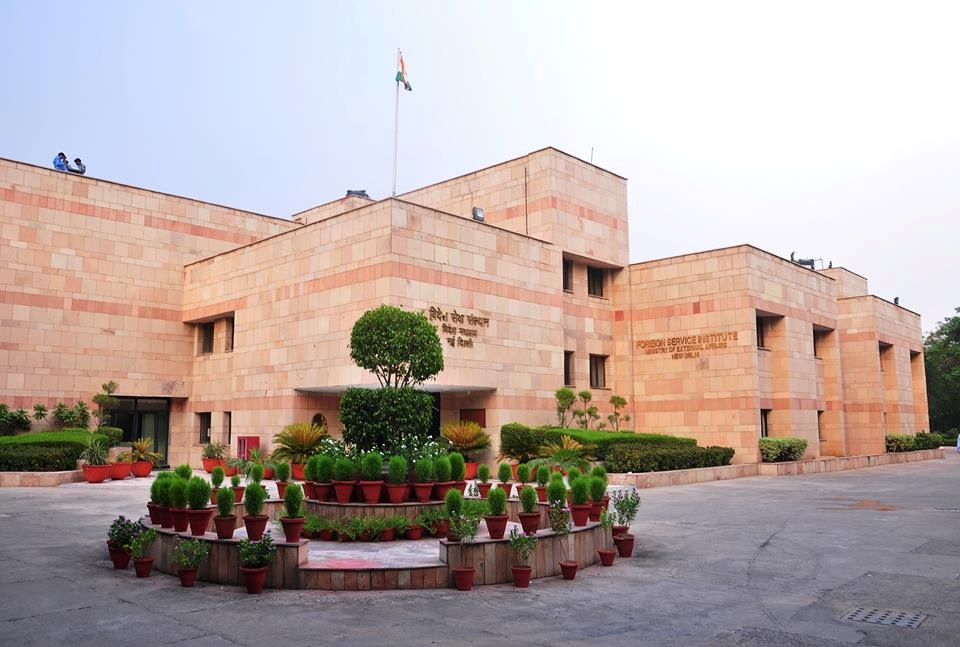 Sushma Swaraj Institute of Foreign Service (SSIFS) was established in 1986 by the Ministry of External Affairs, Government of India, primarily to cater to the professional training needs of the Indian Foreign Service (IFS) officers inducted via UPSC every year. Over the years, SSIFS diversified its activities to include Mid-Career Training Programmes at various levels, training programme for First Time Heads of Mission, training programme for Commercial Representatives posted in Indian Missions abroad, training programme for Defence Attaches posted to join our Embassies around the world, orientation courses for deputationists and members of other Civil Services, courses of relevance to non-Representational Grade officials of the Ministry as also courses for foreign diplomats as a way to build bridges of friendship and cooperation with countries around the world.

The Courses and Programmes conducted by the SSIFS for foreign diplomats are designed to serve as an introduction to the principles and practices of diplomacy, current and emerging issues in international relations, as well as the salient features of India's history and culture as they impinge upon her foreign policy. These Courses and Programmes are fully funded by the Government of India and organised in the spirit of South-South Cooperation. The Professional Course for Foreign Diplomats (PCFD), which is SSIFS's flagship programme for foreign diplomats, was launched in 1992.

For its training programmes, SSIFS relies on guest faculty drawn from a pool of retired Ambassadors, academics from well-known universities, analysts and researchers from reputed think tanks and officers from MEA and other Ministries. These speakers bring with them deep knowledge of specified subjects, along with invaluable experience gained from decades of working in their chosen fields.

In order to implement its mandate effectively, SSIFS regularly innovates and finds ways and means to be able to reach the widest number of officers/ officials, including in our Missions abroad, so that everybody gets an opportunity to upgrade their skills. SSIFS thus uses the webinar platform to take its training beyond the four walls of the SSIFS, making them available simultaneously to all our Missions and Posts spread out across the globe, across different time-zones.

SSIFS has signed several MoUs with counterpart institutions abroad. For an updated list of MoUs, please go to the following link: https://meafsi.gov.in/?3560?000

Recent initiatives of SSIFS include an online alumni portal for foreign diplomats and a quarterly newsletter Videsh Sewa.

SSIFS moved to its present location at Baba Gangnath Marg, Old JNU Campus, New Delhi in 2007. SSIFS is spread over an area of 6 acres. Apart from the administrative building, SSIFS has residential facilities for SSIFS employees and IFS Officer Trainees. SSIFS has constantly been upgrading its infrastructure, with recent additions being the Conference Hall – 2, renovated VIP lounge, swimming pool, air-conditioning of hostel rooms, replacement of false ceiling, LED lighting, etc.

SSIFS is headed by the Dean, a senior Foreign Service Officer of the rank of Secretary in the Ministry of External Affairs. SSIFS also has three Joint Secretary level officers, an academic wing and consultants.

SSIFS is anchored in philosophy of Government’s flagship programme ‘Skill India’ in the realm of foreign policy and diplomacy.  SSIFS provides quality training by way of essential knowledge and diplomatic skills, striving to be a state-of-the-art centre of excellence.