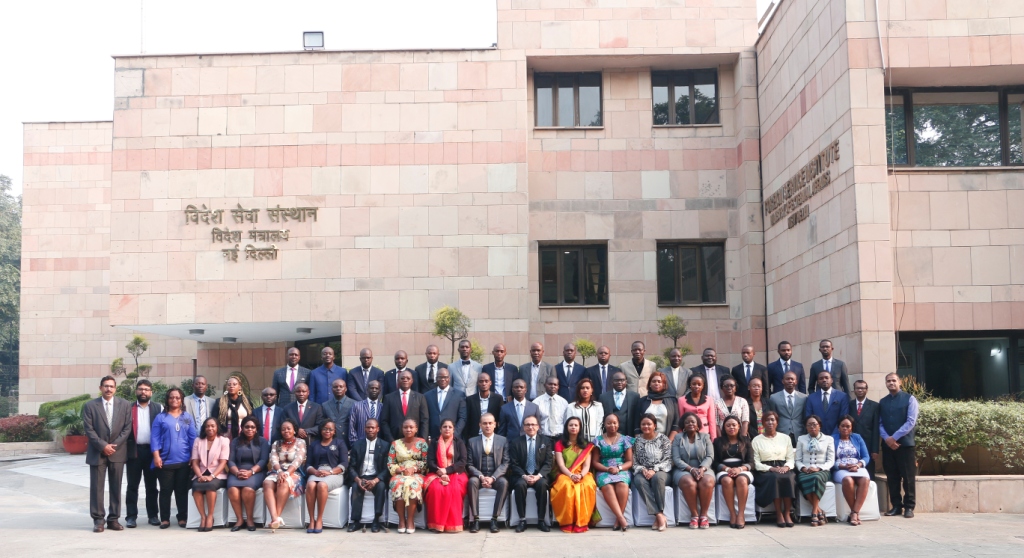 1st Special course for Diplomats from Francophone Central & West African Countries (1st Special Course for Benin, Cameroon, Democratic Republic of Congo, Gabon & Ivory Coast)  is being held at the Foreign Service Institute (FSI) of the Ministry of External Affairs of India from 25 November- 7 December 2019. 51 young diplomats are participating in this course (07 from Benin, 10 from Cameroon, 11 from Democratic Republic of Congo, 13 from Gabon and 10 from Ivory Coast).

The Special Course was inaugurated at FSI on 25 November. Amb. J.S. Mukul, Dean (FSI) hosted a welcome reception for the participating diplomats on 24 November 2019.

The Special Course would include modules on India’s foreign policy, key international issues, multilateral diplomacy and diplomatic skills. The diplomats would also get an exposure to India’s economic and technological development and undertake study tours to experience the rich cultural heritage of India.

Benin as a shining example of a tolerant, progressive multi-ethnic and multi-religious society with a multi-party democracy is a natural partner to India, the world's largest democracy.

Cameroon leadership acknowledges India’s contributions to Africa, its secular democracy and economic progress and the leadership it provided to the Non-Aligned Movement. India opened a diplomatic Mission in Yaounde, Cameroon in September 2019.

India was among the first countries to establish a diplomatic mission in Kinshasa in 1962. As far back as 1960, India contributed to the UN Peacekeeping Mission in DRC.

India and Gabon have enjoyed warm and friendly relations dating back to pre-independence era of Gabon. Gabon has supported India’s candidature at various international forums.

Cote d’Ivoire, since 2011, has declared India as the focus country for cooperation in the fields of ICT, Agriculture, Mining, Infrastructure and has emphasized on the importance of strengthening relations with India. India, too has given renewed thrust to bilateral relations with Cote d’Ivoire in recent years.