1st Meeting of the Deans of Diplomatic Academies of BRICS countries 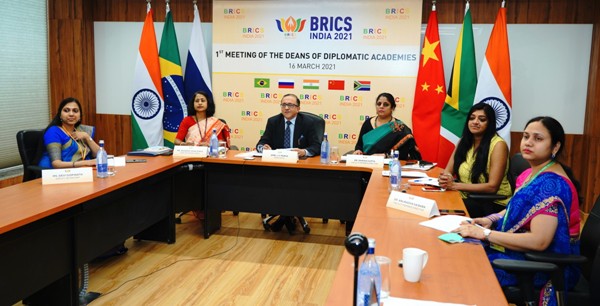 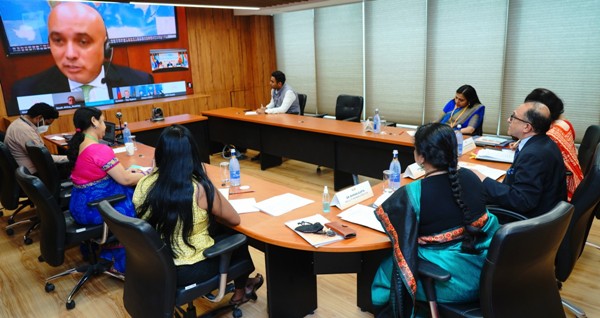 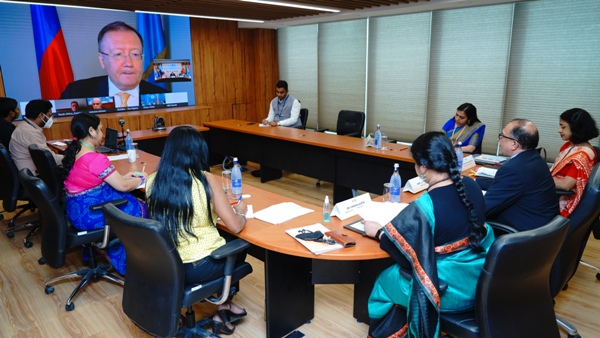 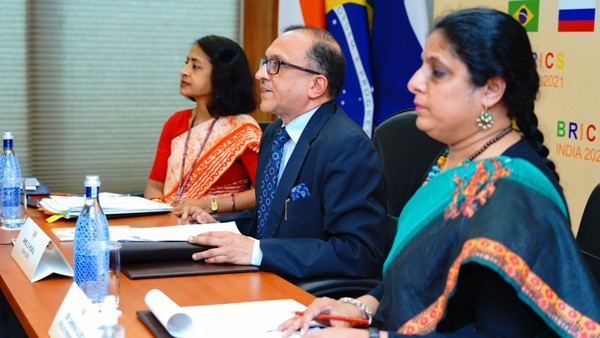 Under India’s Chairship of the BRICS grouping, the first Meeting of the Deans of Diplomatic Academies took place virtually on 16 March 2021 from 1630 – 1845  hrs (IST) on the theme, ‘Diplomatic Training in the 21st Century: Challenges and Opportunities in a Post-Pandemic World’.  In his welcome address, Dean (SSIFS) recalled the cooperation MoU among the BRICS Diplomatic Academies from October 2016. This was followed by interventions by the Deans/Heads of Diplomatic Academies of Brazil, China, Russia, South Africa and India sharing their experiences of diplomatic training. They discussed the challenges posed by the COVID-19 pandemic and the opportunities which have emerged where traditional methodologies of training have been combined with digital and blended learning or hybrid training during the past one year. They also had an exchange of best practices as far as diplomatic training was concerned.

Dean (SSIFS) extended an invitation to all the BRICS partners for the BRICS Young Diplomats’ Forum to be held in New Delhi in October 2021. The Deans of the member-countries agreed to increase the exchange of knowledge, experiences and achievements in application of new training methods, the use of technology in training and new training modules/content amongst BRICS member-countries. It was decided that the BRICS Diplomatic Academies would further increase their cooperation including by way of the BRICS Young Diplomats’ Forum.